The Art of Work 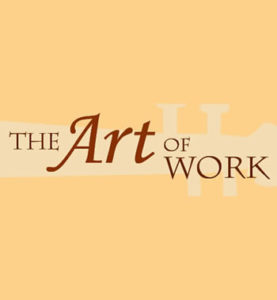 Missouri is home to vibrant musical traditions, a sign of the state’s rich artistic and cultural diversity. Every cultural group that settled in Missouri brought its musical customs, including easily transportable instruments and the skills to build and repair them. Although often overlooked, the visual and aural art of luthiery—the intricate craft, repair, and restoration of stringed instruments—is central to musical expression.

By the 1860s, St. Louis was home to multiple small luthier shops and two manufacturers of stringed instruments. Perhaps Missouri’s most influential manufacturer was the Schwarzer Zither Factory founded in 1866 in Washington by an Austrian immigrant. Employing German craftsmen, he developed award-winning, innovative, and elaborate instruments that are still admired for their quality. Luthiers were needed in isolated rural areas, too. Local musicians often served in that role, as a sideline to their primary occupations. Periods of economic hardship required creative solutions, so instruments were strung with braided horsehair or screen wire, and fiddles were created from recycled cigar boxes and other found wood.

Research in the archives of the Missouri Folk Arts Program uncovered a tribute to the late Cope Ashlock, a luthier who once operated The Violin Shop in downtown Columbia. He printed a telling motto on his business cards: where work is art and art is work. Ashlock’s philosophy aptly describes the dominant theme in this exhibit – building instruments by hand is an art, and creating art requires skill, precision, and lots of hard work.

Today, despite the ready availability of mass-produced stringed instruments, luthiery remains a living art form in Missouri. As mandolin maker John Wynn stresses, “Putting together a mandolin from a kit is not instrument making; it’s assembly. I make every part and decorative feature of my mandolins from beginning to end. I take pride in the quality of my work.”

This exhibition celebrates the work of six contemporary Missouri luthiers, all of whom participated in Missouri’s Traditional Arts Apprenticeship Program (TAAP). All are accomplished musicians, passionate about their music and instrument making. Each learned through a combination of sources: formal instruction, mentors and peers, books, imitation, and old-fashioned trial and error. Each begins his work with carefully selected wood. Each, by cutting, measuring, shaving, shaping, bending, tuning, and finishing, turns simple boards into intricate instruments that are pleasing to both eye and ear.

200 Stories, July 2021 #ShowMeFolk #200Stories #Missouri2021 #Missouri200 In Missouri’s bicentennial year, Missouri Folk Arts will share 200 stories over the course of 52 weeks in 2021 about folk and traditional arts in the Show Me State. We…

Images and Video Links! Together for ’21 Fest, August 6-8, 2021 It has been our pleasure to join colleagues and organizations across the state as members of the Bicentennial Alliance. Years of discussions and months…