Once again, we must share sad news. Early this week, we learned that previous Traditional Arts Apprenticeship Program master fiddler Gary Johnston (Nevada, Mo.) has died. We are thankful, though, that Mr. Johnston’s friend and one-time apprentice Samuel Kendrick wrote the following tribute, which we share here in its entirety. We at Mo Folk Arts send our deepest condolences to Mr. Johnston’s family and all who knew him.

It’s been a while since you last heard from me. Since then I’ve finished my degree, moved back home, and been stuck on the farm since last March due to this pandemic. It has been a long, hard year for all of us. The last few months of in-person classes at Western Kentucky University were cancelled, leaving us graduates to settle for online ceremonies that didn’t quite make the cut, teachers who were retiring to end their careers on terms that they never wanted, and parents unsure as how to proceed in this virtual world. A lot of other things were cancelled, too. Too many to name or count. So it is with a heavy heart that I feel that I must lay another tragedy on your already heavy and wounded hearts.

Saturday morning, on the 19th of December, Gary Johnston passed on from this world. Now, before you ask, Gary was a man who I consider to have been one of my mentors. I modeled my fiddling style after him, always worked to live up to the standard that he set in my mind, and really just admired and loved the man as part of my extended family. I even apprenticed under him through the Missouri Folk Arts Program. In my mind, and a lot of others’, he embodied what it was to be an Old-Time Missouri Fiddler. We’ve lost a lot of musical giants in this past year, but this one hits me particularly hard and hurts in a way that is nearly impossible to describe.

What is your first memory of your first experience with traditional music? Where were you when the sound of a fiddle backed by a guitar first wormed its way into your ear and stayed there repeating, round after round, until you could barely stand it any more? When did you wander unwittingly by a group of players circled up, only to be struck by the thought “Wow! I didn’t know anyone still played this stuff!”

Honestly, I am unable to give you my answer to any of these questions. However, I can tell you that some of my earliest memories feature fiddles, guitars, and banjos. With those instruments came families gathered in a community center with tables of more food than anyone could ever eat, people sharing stories and catching up, and the small roar of everyone’s excitement as they recognized you as you walked through the door.

Central in those memories is a mountain of a man with a fiddle on his shoulder and the easiest grin you ever saw on his face. As soon as he finished the tune he was playing, he’d look up and spot my Pa [Johnny Kendrick], and eagerly gesture him over to start playing. My Pa would hustle over with his banjo, sit down amongst the ring of the Johnston family and friends, and play for hours. Once I started playing the fiddle at the age of eight, I received the same treatment. Frankly, it intimidated the hell out of me at the time. I am, and always have been, a very introverted person. As I grew older, though, I started looking forward to those enthusiastic invitations as we walked in. It was a chance to play and feel included by the Johnstons, and especially by Gary. He always wanted to know what new tune I had learned, or if I didn’t have a new one, he wanted to play the ones I knew and make up the ones that I didn’t.

While I have a lot of memories of Gary and his family that I can share, I’d like to share a couple of my favorites with you.

The first one includes a bit of philosophy.

I don’t remember my age, but I was probably around 14 or so, and had just figured out my own variation of Cyril Stinnett’s version of “St. Anne’s Reel.” Gary had come over to play with my Pa for a while and I was excited to show him the new tune that I had learned. Gary started off the tune, handed the tune off to me when he had played, and I played the version that I had recently gotten down. After the tune wound down, he turned to me and said, “Now what was that you did at the beginning of the second part?” In way of explanation, I started the second part of the tune with a triplet pass instead of single pickup note (technically called a hemiola, for those of you who are fans of music theory). After demonstrating what I had done, Gary thought about it for a second, attempted it, and mused out loud “Hm, I’m gonna have to work on that one.” Now, here’s where the philosophy comes in. With that simple phrase, Gary indicated his entire thoughts and beliefs about music and musicians. No matter the skill level, the talent, or the ability, there is always something that you can learn from someone else. Maybe the person hasn’t been doing something as long as you, but they might have a different way of approaching something that is completely new to you. Instead of instinctively shying away from it, though, you can grow and learn if you keep yourself open to new ways of doing something, even if that idea comes from someone who is 50+ years your younger. To automatically assume that your experience is best, that it is more valid than someone else’s, narrows your world view immensely. To me, those words were more than just a musing, they were a realization, in my mind, that you can learn anything from anyone, but only if you’re willing to admit that you don’t have all the answers.

The second includes a bit of comedy.

Again, in the earlier years of my playing, at the Missouri State Fair in Sedalia, getting ready for the State Fiddle Contest, we were gathered up in a circle jamming. It was Gary, his sons, my pa, and my brother just sitting around having some fun before the contest started. At the time, I don’t think Gary was competing having won the contest multiple times throughout the years, but his sons were. At some point during the jamming he was seconding and lit a cigarette that he proceeded to hold loosely in his lips as he played. At one point, he opens his mouth to say something and the still-lit cigarette falls directly out of his mouth into the sound hole of his guitar. He spends the next 30 or so seconds shaking his guitar upside down to try to get the cigarette out while repeating variations of the phrase “Oh my! This ain’t good!” My family and I still laugh out loud to this day when we talk about it. Again, my take away and lesson from this is deeper than the actual incident. There are things that will happen in our lives that will not be good. They will be potential disasters, or will be actual disasters, but we can’t let them get to us. Because throughout this all, we have each other and we’ll eventually get that cigarette out of the guitar so we can keep on picking and playing.

[Mr. Johnston did compete later in the Senior round of the 2016 statewide fiddle contest at the Missouri State Fair. Thanks to Charlie Walden for recording and sharing these videos.]

Gary was more than just a mentor to me, whether he knew it or not. He was a husband like no other to his wife Lynn. He was a father who gave his children the gift of music and the ability to see the light in the dark. He was a doting grandfather who loved all of his grandchildren. He was a life-long carpenter who was always excited to point out the work that he had done. He was one of my father’s closest friends, one of the only people who could always get Pa to play and who got him into fiddle music in the first place.

Gary was a traditional music icon that had no idea of the influence that he had on people across the country. He was, and still is, loved dearly by all of us. While he is gone from this physical plane, he still lives on in our hearts and his legacy. He lives on in the music that he gave us, taught us, and learned from us. We will honor him each time we pick up our instruments. We will honor him each time we learn from someone unexpected. Finally, we will honor him when someone asks us play a tune, and just like Gary did, we start the wrong tune, shrug, flash a real big grin, and keep on playin’.

To the rest of you, don’t let the music stop. 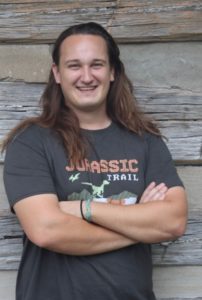 An obituary for Gary Ray Johnston is posted by the Ferry Funeral Home here: https://www.ferryfuneralhome.com/obituary/Gary-Johnston?fbclid=IwAR1HT_Sn8yPLqTdR5mfFpKhQ3UZYoAGUDAtUeNdHPa-CxEbLAw92CNnJldA