We were so incredibly sad to hear the news that our friend and colleague Jennie Cummings, founding director of the Mountain View Cowboy Poetry Gathering, died October 29. The obituary posted below hits on her many accomplishments, including being the matriarch to her family. 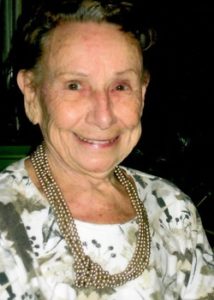 Lisa Higgins wrote a letter of support for Jennie’s nomination for the Missouri Arts Council‘s 2015 Leadership in the Arts Award. Here’s an excerpt:

“When one thinks of the Leadership in the Arts Award, it might seem unusual to put Cummings in the same company as a governor, an urban arts advocate, a statewide arts administrator, a university dean, or even the executive director of a rural regional arts council. Cummings, however, is the protagonist in a tale about a tiny arts engine that could. As the volunteer director of the Mtn. View Council on the Arts (an organization that finally resided under the aegis of the City of Mtn. View), Cummings is the ultimate accidental arts administrator—a role she came to in her mid-sixties. Before founding the local council, Cummings co-owned an over-the-road trucking business with her husband, attained an Associate degree in Education, worked as an accredited medical records technician, raised horses and livestock, and co-owned an auto parts store that served three Missouri counties.

In a south central Missouri town with a population under 3,000, Cummings established the council and season of arts events, funded in part for many years in MAC’s Community Arts discipline. Her signature project, the annual Missouri Cowboy Poets Gathering, could draw audiences over 1,000 with folks traveling from states like Kansas, Texas, Oklahoma, and Nevada . . .

Jennie Cummings led in ways that she could not fathom. She served as an inspiration to many other volunteer arts administrators. Instead of an “I think I can” philosophy, Cummings was action personified—all grit and no quit. A grant writing season does not pass when I do not personally think of Cummings or reference her to a flustered or frustrated grant writer. ”

Jennie Cummings will be dearly missed by anyone who ever crossed her path. We send our heartfelt condolences to her family and her friends. RIP, Jennie.

An obituary for Jennie Cummings can be found here: