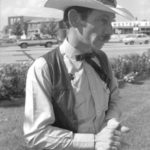 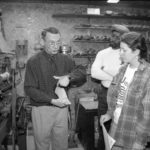 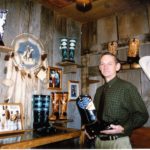 Joe in the showroom of JP’s Custom Handmade Western Boots in 2002, holding his American Eagle boot. 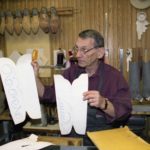 Joe discussing designs for boot tops in the shop in 2007. Photo credit: Deborah A. Bailey 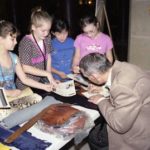 At an event co-produced with the Missouri State Museum, Joe autographs copies of educational flyers for school children in 2007. Photo credit: Deborah A. Bailey 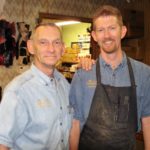 JPII and JPIII in the shop. Photo courtesy of Joe Patrickus, II

Dana Everts-Boehm: “Very sad to hear about Joe’s death. He was an amazingly talented and dedicated boot maker.”

Julie Youmans: “It’s always sad to hear the loss of one of the energetic, sharing, and caring people we’ve met working with traditional arts. I always think of him when I travel near Camdenton. He was a bright spot in the Program.”

Lisa Rathje: “He was a gem and will be missed.”

Jackson Medel: “I am very saddened to hear this news. Joe had such a great presence and personality. I know he will be missed by both his family and the people who got the opportunity to meet him. I am glad that I was one of those people. My condolences. I’ll be thinking of Joe tonight.”

Ryan Habermeyer: “I’m incredibly sad to hear this news. I only met Joe once–such fond memories of being in his shop and learning about boot-making–but I feel like after transcribing that interview I knew him a lifetime. He struck me as an honest, compassionate, genuine human being. He leaves behind a tremendous legacy. Glad I got to meet him.” Ryan wrote an article about Joe for the Museum Magazine in 2017, which can be found on our website here: https://mofolkarts.missouri.edu/wp-content/uploads/2017/08/Fall-2017-Magazine-Folk-Arts-Article.pdf

Lisa Higgins, our Missouri Folk Arts Program director, said: “I not only counted Joe as an important master artist with whom I worked over many years but also as a friend. He graciously agreed to two interviews and follow up last year for an article I wanted to write about him and his work as a custom western bootmaker. Joe shared great stories in the interviews and was a very good editor, too. I believe the article will be Chapter 1 in the forthcoming book Folklore and the Expressive Lives of Elders, edited by Jon Kay, PhD for Indiana University Press. I will miss talking to Joe on the phone and visiting him at the shop but always remember his artistry, his work ethic, and his determination.”

Always a friend of the Traditional Arts Apprenticeship Program, Joe and his family suggested memorials be left to the Missouri Folk Arts Program; we are humbled and honored by the request.

You can find an obituary for Joseph Frank Patrickus, Jr. here: http://m.alleeholmanhowe.com/obituaries/events…

We also want to share images of a very few of the boots he designed and crafted over the years. 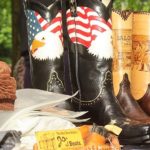 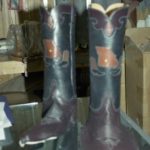 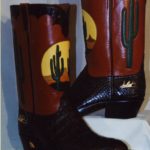 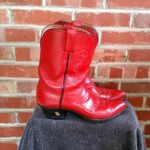 Kitty Rogers of Columbia, Mo. ordered these boots from Joe in 2002. 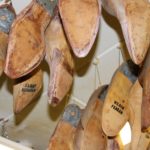 The custom lasts were key to Joe’s custom work.